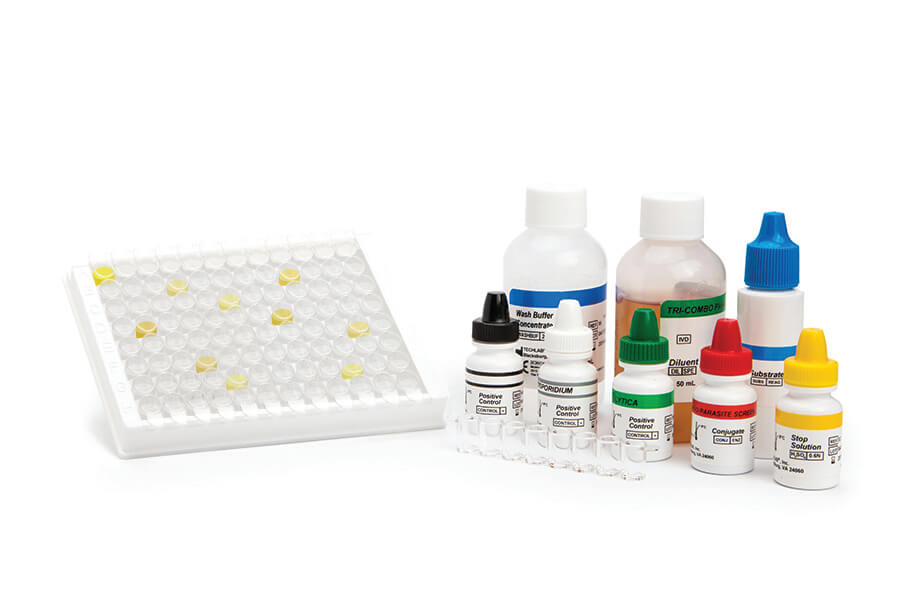 Evaluation of TECHLAB® kits for the detection of common faecal parasites

Faecal parasites in stool samples are commonly detected and identified using microscopy; however, this is a labour-intensive, highly skilled technique with low sensitivity, particularly as the majority of the samples tested are negative for faecal parasites. Using microscopy as a detection method, it is likely that rates of Cryptosporidium spp., Giardia spp., and E. histolytica are underreported.

Una Health approached the team at Hull to ask if they would like to try the TECHLAB parasite detection kits in their routine laboratory practice.

Faecal samples with sufficient volume to complete tests requested by the user and the evaluation were selected. Samples received were from primary, secondary and tertiary care providers. Routine laboratory processing was carried out alongside the evaluation to prevent any bias.

Wet mount microscopy was completed for Cryptosporidium detection. Faecal samples with a Bristol stool chart of 3-7 were concentrated using the Parasep® method and used to detect ova and cysts of Cryptosporidium spp. Giardia spp. and E. histolytica.

Table 1. Summary of faecal samples positive for faecal parasites during the evaluation.

Despite the low number of positive samples (4/276, 1.4%) identified during the evaluation, the team at Hull were pleased with the performance of the TECHLAB kits, which detected Cryptosporidium in a sample that was negative by routine methods.